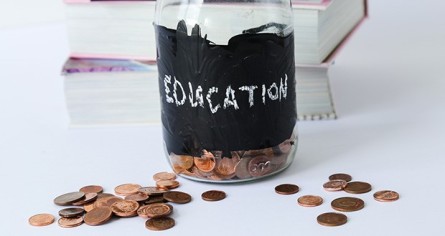 A special election will be held May 17, 2016 in Arizona; my heart and stomach wretches at the options placed before the electorate. Proposition 123 is supposed to be a solution to the starvation of funding that the Arizona Legislature has inflicted on public education funding over the past decade. Governor Doug Ducey has put it to the voters to increase funding over the next ten years by $3.5 Billion. This sounds awesome and of course the Chamber of Commerce is on board. In the voter pamphlet sent out by the Secretary of State’s office, David Gowan, Speaker of the House says that this proposition would “mean an end to a lengthy and contentious lawsuit that has racked up legal bills and put the health of our entire state budget at risk.” Here is the thing about that, the lawsuit is the result of poor leadership and why should Arizona voters come to save the butts of those who have sold out Arizona’s students time and time again?

The first thing that is frustrating is the way that the law is presented to the voters. I believe it was intentionally made to be deceptive and difficult to understand. What it comes down to is either we give the legislature more money by dipping into the state land trust fund so they can cover the debt they created with their own partisan politics, or we face being a state with the least funded schools in the nation even after the territory of Puerto Rico that is currently in a position of trying to restructure great debt.

Who does the bailout benefit?

Funding education is vital to a prosperous Arizona future. What is so frustrating is that it is the poor leadership and mismanagement of funds by the Arizona State Legislature that put us in this position and they are double-dipping into the State Land Trust Fund to cover their mistake, yet more important to them they are making more of the State Trust Land available to developers. The land is supposed to last “in perpetuity” to fund Arizona education. It will not do that if we increase the sales whenever the legislature wants to pull out more money. I want to fully fund education in Arizona, but at what cost?

I am angry as an Arizonan that we have again be left with a difficult decision because of poor leadership.

Make a comment. Let your point of view be heard. Cancel reply