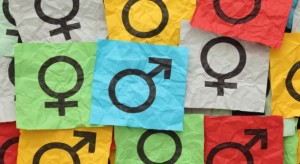 Political correctness gone amok or a much-welcomed end to oppression? There are many ways to look at the CUNY decision to ban the use of Mr. and Ms. in correspondence.

Words mean SOMETHING. So what does Mr. and Ms. mean to us? Well, first let us break this Ms. down a little more Ms. is indicating 1) this person is a female. Before 1971, and the use of Ms., there was Miss or Mrs., meaning that each time you spoke or corresponded with a female woman you gave her a little reminder that 1) she was female 2) and whether she was married or not and 3) if she was married, to whom she was married. Are women this forgetful that they need reminding of this every time people tell them something? If it is indeed so important, then why is the same reminder not reserved for men? Men have the Mr. that reminds them they are indeed male, but it does not remind them that they are a married man and to whom they are married. I think many of us know at least one or two men who sometimes forget they are married and to whom they are married to, but still there is no judgment. They don’t seem to need the reminder each time they correspond with someone. So, what does the salutation tell someone.

It breaks down gender, marital status, and status in a culture. The salutation is there to remind you where you stand in the culture and about how much respect you are to be afforded because of that fact. Is it necessary in 2015 to point out to a person that they are man or woman, married or unmarried, from a particular family or not, before letting them know that there will be a quiz on chapter 4 next Friday?

Am I reading into this too much? I do not think so. Because if these words did not matter so much. Why are so many people upset about losing them? What are they losing? They are losing what they think is entitled them because of the status these words convey. That is what is fascinating about all of this.